WordCamp Netherlands 2016 – Bigger than ever

WordCamp Netherlands 2016 was bigger and better than ever before. For the first time, the event was held over 3 days, with Contributor Day on Friday and conference days on Saturday and Sunday. Compared with previous events, WCNL2016 had many more visitors and sponsors, plus a new venue. So why is WordCamp Netherlands so successful? We talked to lead organizer Marcel Bootsman to find out.

Why is WordCamp Netherlands 2016 so much larger than last year?

WordCamp Netherlands sold out two years in a row, so there was definitely room for growth. We started brainstorming the 2016 WordCamp in November last year. We wanted to make bigger plans so we could grow. But how big? WordCamp Netherlands 2015 had approximately 200 attendees. Should we aim for 300 attendees or is even 400 possible? Eventually we looked for a venue with a capacity of 400 and chose the Supernova area in Jaarsbeurs Utrecht. Because we aimed for higher attendance, both national and international sponsors rushed to sign up. 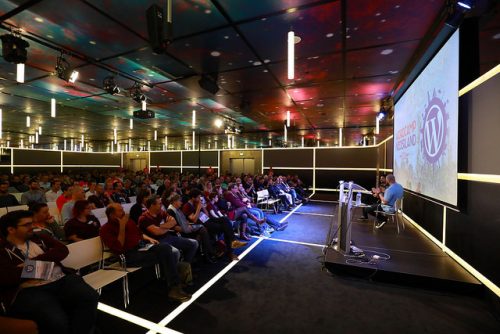 The Supernova area in Jaarbeurs during WCNL

What was the biggest challenge that your team had to overcome?

Our biggest challenge was to submit a balanced budget because that’s one of the most important conditions that WordCamp Central imposes for organizing a WordCamp. The goal is to create a budget so that the costs and income are about the same. We needed to sell a lot of tickets and find enough sponsors to reach break-even point. That’s challenging but I am glad it all worked out fine! Almost 450 people attended – way more than last year.

On what criteria do you decide to schedule a submitted talk?

Most people in our team have been active in the WordPress community for a while and know many people within this community. A lot of talks were submitted. In the selection process we examined whether the subject would fit into the program. Saturday’s theme was ‘work with WordPress’ and Sunday’s was ‘sell with WordPress’. A talk should always be useful for our visitors. We also took into account feedback received on talks from previous events. The speaker’s level of experience is important as well.

The Contributor Day took place on a Friday for the first time. Why schedule it for Friday? 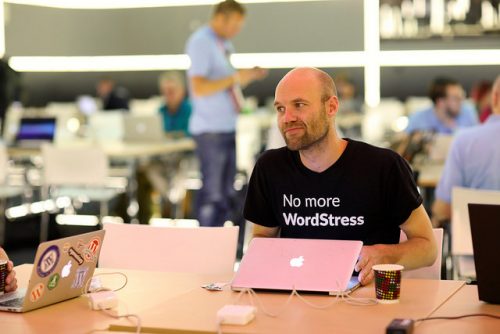 What part of the event did you enjoyed the most?

I especially enjoyed the feedback that all the visitors gave us during the event. They told us they really liked the event and said it was well organized. That‘s cool, because of course you do all this for the attendees. Also, the venue was very professional, visitors liked the level of the speakers and the sponsors were satisfied with the space for their stands. All the parties stated that the event was a success, which is very nice. So it seems that our plan worked out fine!

What are the plans for next year?

We have to wait to see if I’ll be lead organizer again next year. If the team would like me to be the leader again, I would definitely do it. However, as an organization we want to explore if we can grow even more because WordCamp Netherlands 2016 sold out even before we announced the first speakers. Maybe we will start a few hours later on Sunday next year, or we will plan the event from Thursday till Saturday, because Attendance on the Sunday has been lower for the past few years now in comparison with the other days.

Which days would you like WordCamp to be held? Do you have any feedback on WordCamp Netherlands 2016, or any ideas for next year? Let us know by replying to this article!

Thanks to Marcel for answering our questions. Photos courtesy of Henk-Jan Winkeldermaat from Punkmedia.

WCNL2016 organizing team led by Marcel (at the bottom center).

Benoit Gütz loves to tackle assumptions, cause he is a data-driven guy. As a online marketer at Savvii, he analyses the impact of the marketing campaigns. In his spare time he does a lot of mountain biking and running and he loves to analyze his sports activities as well.

Our mission is your success!