WordCamp Europe 2016: An inside view

WordCamp Europe 2016 was about a month ago and we had a great time. In order to find out how the organizers experienced the event, we contacted Petya from the organizing team. She shares her thoughts about organizing a WordCamp and being part of the WordPress community.

Q: Can you give a short introduction of yourself?

My name is Petya. I am based in Sofia but now working around the globe as a project manager for Human Made. I am able to work everywhere since Human Made is a distributed company. We build large and complex WordPress solutions for enterprise clients. I am also part of the WCEU organizing team & the WordPress polyglots team and I like to attend & speak at events about my experiences around WordPress. 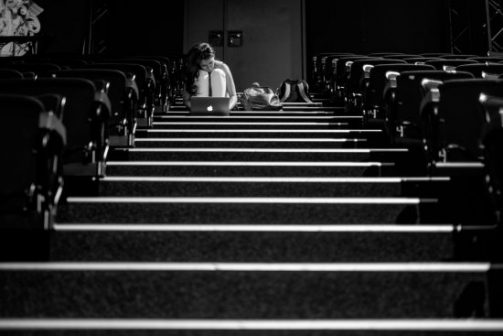 Q: How did you come in contact with WordPress?

My first experience with WordPress was in 2007 when I had to set up an internal blog for the marketing department of the company I worked for. In 2011 I started making a living with it after leaving my job at enterprise publishing. A couple of friends started a web agency and we primarily worked with WordPress. When we first started we tried with various Open Source CMS’s but after building a couple of projects we decided we liked WordPress the most. WordPress allowed us to build great websites without a lot of heavy development work so it was a great start for a small agency. That’s when we started doing all projects in WordPress.

Q: How did you become an active member of the community?

Back in 2011, a client of ours needed a fully Bulgarian website. There already was a Bulgarian version of WordPress but it hadn’t been released for a while so I had to take care of that. That brought me in contact with the polyglots team, which I am still part of.

Then in 2013, I volunteered at the first WordCamp Europe 2013 in Leiden and after its amazing contributor day I was sold for life. A couple of months later, alongside a couple of other people from the Bulgarian community, we applied to host WCEU14 in Sofia. I’m so pleased we got the chance to do it and to meet the team that started it! Each WordCamp Europe is organized by a team consisting of local team members and global team members. After WCEU14 I remained active in the global WordCamp Europe team.

Q: Do these teams have different tasks? 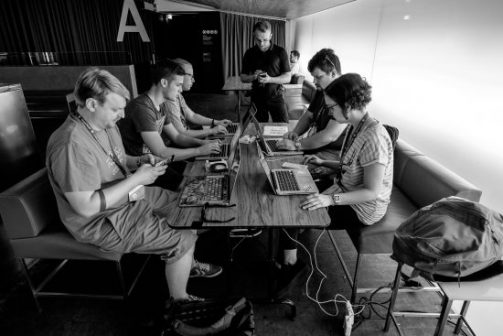 The WCEU126 Communication team on the job. Copyright Florian Ziegler.

Q: How & why did Vienna get elected as host city?

We had three applications: Berlin, Bratislava and Vienna. We select the host city based on a lot of factors but I’d say the most weight falls on a complete and well prepared budget, an experienced and a strong local team and the accessibility of the event for attendees. By the latter we mean that the costs & effort to attend must be reasonable. So a city cannot be too expensive and must be easy and relatively cheap to get to. The venue is also very important and so are the dates available.

The final choice based on the criteria was between Vienna and Bratislava. What tipped the scale to Vienna was that the best venue in Bratislava was not available at a convenient date. We also knew and had worked with people from the team in Vienna as part of them were already in the WCEU organizing team. But the Bratislava application was really good and since the two cities are very close, only 60 km between them, we asked a part of the Bratislava team to join the WordCamp Europe team too. They did and we are very happy that it made the event better and it formed stronger ties between two neighboring communities.

For those of you who would like to know more: There is a blogpost about the selection process on the WordCamp Europe 2015 site.

Q: What were the biggest challenges in organizing WordCamp Europe 2016?

The biggest challenge was the growth of the event and how to deal with that. Organizing the accessibility features was interesting but also challenging, there were many unknowns.

The interest in the event was so big we sold out super fast. Since we want to accommodate as many attendees as possible we had to scale up everything a few times. In the end we had almost 2000 people attending. More than twice the number of people we had in Seville in 2015.

For WordCamp Europe 2016 putting together a speaker line-up which covers a wide range of topics and has something for all interest groups and knowledge levels is also always a challenge, there are a lot of things to consider.

Another big challenge was the networking part. We had to figure out how to help 2000 people build connections and form friendships and relationships as they would at a 200 people event. We took deliberate steps to help with this, for example through warm-up events, the unconference sessions and our networking activities – the tribe meetups and the speed networking sessions.

Q: What would you do different next time?

There were a lot of things, logistically, that we can improve. Things like lunch logistics and better, bigger breaks between sessions. Each event forms a unique challenge and there’s always something we can do better. This year we learned that accessibility is not optional. Vienna opened our eyes on how important this is. I am talking about things like live captioning talks, wheelchair accessibility, childcare, live streaming.

WordCamp Europe is already a global event. This year a lot of people couldn’t make it because they were not allowed into the country. It broke my heart that people from countries like Egypt, Pakistan and Nepal were not able to attend and volunteer due to visa restrictions. I know there’s not much we can change about that, but I think the efforts to help them attend should stay consistent.

Q: What advice can you give other WordCamp and meetup organizers?

Get together on regular basis. With other WordPress users and WordPress event organizers. You don’t have to do anything fancy, just have a coffee together and look at the websites everyone is building. From there you can always move on to bigger things like talks and workshops.

The really fun part is getting involved with the global community. Start by inviting neighboring communities to visit and share knowledge with them.

The WordCamp Europe 2017 team is already set but very soon we’ll start talking about the host city for 2018. If you’re already organizing a WordCamp in your city, look for the open hours announcement and let’s talk about what it is like to host WordCamp Europe. It’s a challenging but really rewarding experience and a huge boost for every local WordPress community. So let’s talk! 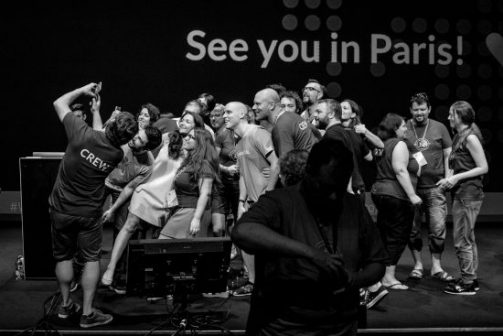 Thanks to Petya for taking the time for this interview. Photos courtesy of Florian Ziegler. Have a look at his website for more WordCamp photos.