Following the talk about ‘Containers for Everone by Maura Teal’, I went to the main stage to see Francesca Marano explain ‘The Art of Networking’. Franscesca is the WordPress community Manager at Siteground and with her 26 years of experience, she could probably teach anybody a thing or two on how to network.

A story about networking

She starts by explaining her background and how she came to work for Siteground. She goes on to share her thoughts on networking; “Networking is creating new partnerships and maintaining/nurturing existing partnerships”. She tells us a story about when she went to Seattle in the U.S. for one of her first conferences. She met another European there, whom she approached because she noticed that this person was also a little ‘lost’. They started making small talk about the weather, the city, etc. After a while, a colleague went out for a smoke with this person and they talked for hours, bonding over something they had in common (be it a very unhealthy habit).

Many years later SiteGround and Codeable are still enjoying a fruitful collaboration which started that day by sharing something simple. 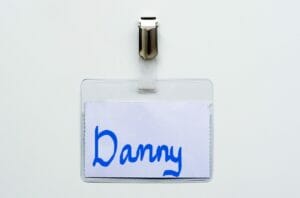 The talk continues by making the audience introduce themselves to the person sitting next to them. is then You never know who is sitting next to you, it might be a new partner, new vendor or new opportunity. Francesca challenges everyone in the audience to go out and get at least 3 business cards and show them to her, tomorrow at the booth.

According to Francesca, doing research before going to a venue is key to having success with networking. She explains her vision on the WordPress community. This is a community of creatives, we don’t want to be sold to, no pitching like an old car salesman. WordCamps are informal if you look at the clothing. CEO’s on flip-flops by default. When you know these things, your approach might change. 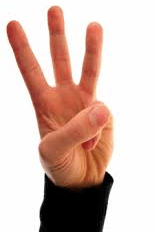 Finally she concludes with three tips on what you need to excel in networking.

Networking is not natural. Networking is a skill. Skills requires practice. Even if you’re a complete introvert you can still learn to network by just doing it. The common thing everyone shared when networking is a genuine interest in other people.

Be prepared to talk about your company, your business, your role there and a bit of your personal life. Be concise, be clear and don’t mumble. Practice what you would like to say in front of a mirror. It might seem childish but it’s a time tested method.

They are not just a piece of paper to turn a completely informal encounter into a business opportunity. Invest in this, because they are fairly cheap and work great.

Q: What are the forbidden subjects you should avoid during networking conversations?
A: Politics and Religion should be avoided in the first conversation.

Q: Can you elaborate on the methods of following up? What do you do besides “It was great meeting you at event X”?
A: It depends on the situation and where we left off. If we already talk business, I might remind you what we’ve talked about and continue on that. Avoid going into an immediate sales pitch.

Has a background in Education. Multiple years of sales experience. Expert on website performance. Currently working on learning web design.